We first should mention that the VivoBook S15 S531F in Malaysia does not have ScreenPad 2.0, which was shown at Computex 2019.

What’s in the box:

This laptop now comes with 5 different colors and all of them are inspired by color-blocking. The one we have here is in the Gun Metal color, and “blocked” by the blue accent around the screen lid. Interesting choice of design here, and definitely bold. Bolder than before.

Its use of a harder plastic compared to the A-series is also a welcomed surprise here as it would be less prone to scratches from everyday use. Definitely worth some merit here even if it means a higher price.

I also realized that the VivoBook S15 S531F hid part of the thicker bottom bezel under the body of the laptop. That is in part thanks to clever design with the ErgoLift hinge design.

The VivoBook S15 S531F also has the ErgoLift hinge feature – which is now a little steeper too. The S15, in particular, can go up to 3º and for my fingers, they’re absolutely comfortable to type on.

Speaking of typing, the keyboard on the VivoBook S15 S531F is actually fun to type on. The layout is good, travel distance is decent, and the tactility is great too. It doesn’t require much force to press the key down and yet there is enough resistance to prevent accidental presses. The keys also spring back relatively quickly, making it feel responsive.

My one complaint about the keyboard here is the lack of properly-sized arrow keys. For some reason, ASUS decided to use a cluster of arrow keys that are half-height from the usual ones. It is quite annoying to use the arrow keys with such layout. Maybe perhaps move the number pad… away?

Then comes the trackpad. It’s pretty decent as it uses Windows Precision Touchpad drivers and supports all of the multi-finger touches and gestures. However, I do realize that its palm rejection is a bit too aggressive here. I used it particularly for Photoshop and at full zoom, I can never move the crop box by one pixel. It just keeps rejecting my movement.

Thin bezels with Windows Hello? Yes – that is what ASUS did with the VivoBook S15 S531F. It just makes things a lot more secure. Not having to type your password while in public means that no prying eyes can get ahold of your password too.

The display quality on the ASUS VivoBook S15 S531F is definitely one of good quality. It has pretty good color accuracy other than the green hue which is a little oversatured. Other than that, the display is pretty decent. Combined with the thin bezels all around, I am pleased with this overall setup.

On the left, we have:

On the right, we have:

It’s quite basic here, to be honest. Adequately basic. The addition of a Type-C and microSD card reader are two things that sweetened the deal for me.

For the specs that we reviewed, we have:

In terms of benchmarks, this is definitely not a gaming machine or anything. It is definitely capable of running some creative work and some esports games, though.

We tried Overwatch in medium settings with 100% resolution at 1080p, and it worked fantastically well. The laptop manages to maintain 60fps and I had a smooth gaming experience overall. The temperatures are kept decently low as well – clocking in at just 65ºC for the CPU and 70ºC for the GPU.

The Intel 660p SSD here is quite speedy too. Comes with a fairly low price and speeds that are in between PCIe Gen 3 x2 and x4.

Opening up the laptop is pretty simple here. Just a total of 10 screws behind, but be careful, there are screws of varying lengths here so make sure you know which one goes where.

You also can have another 2.5-inch storage disk installed into the laptop thanks to the HDD upgrade kit. You have to keep in mind that the connector for the ribbon cable is hidden under the metal support bar that is under the center of the laptop.

Also, you can swap out the Intel 660p SSD if you want to. The SSD is wrapped in sheat shield and has a piece of thermal pad between the PCB and the SSD heat shield. No idea why, but that’s how it is.

Now, what I don’t like in particular is the RAM. For some reason, ASUS decided to solder 4GB of RAM and only leave one SODIMM slot for users to upgrade. It’s quite a bummer, honestly.

As per mentioned, battery life is pretty much decent. With our usual heavy Chrome usage with YouTube alongside some light Photoshop, it can last for about 4 to 5 hours, which is pretty typical for this type of laptops.

We also realized one thing – on the specs sheet, ASUS claims that the VivoBook S15 S531F is capable of fast charging, reaching 60% charge in 49 minutes. We obviously, have to put that to the test. And that surprised us.

The main question I think everyone has is this – who is the laptop made for? To answer that question, we have to look at the specs. It’s not going to be your gaming desktop. It’s not even going to replace your desktop. However, this laptop is good enough for students to use.

And the Gen Z is who ASUS is aiming with the multiple different colors of ASUS VivoBook S15 S531F. Its color-blocking is a definite bold move here.

Also, for the price of RM3,199 for such upgradability engineering enhances? I think the VivoBook S15 S531F for us here is an okay deal. 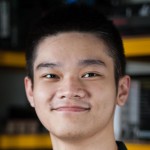 About the author Kok Kee